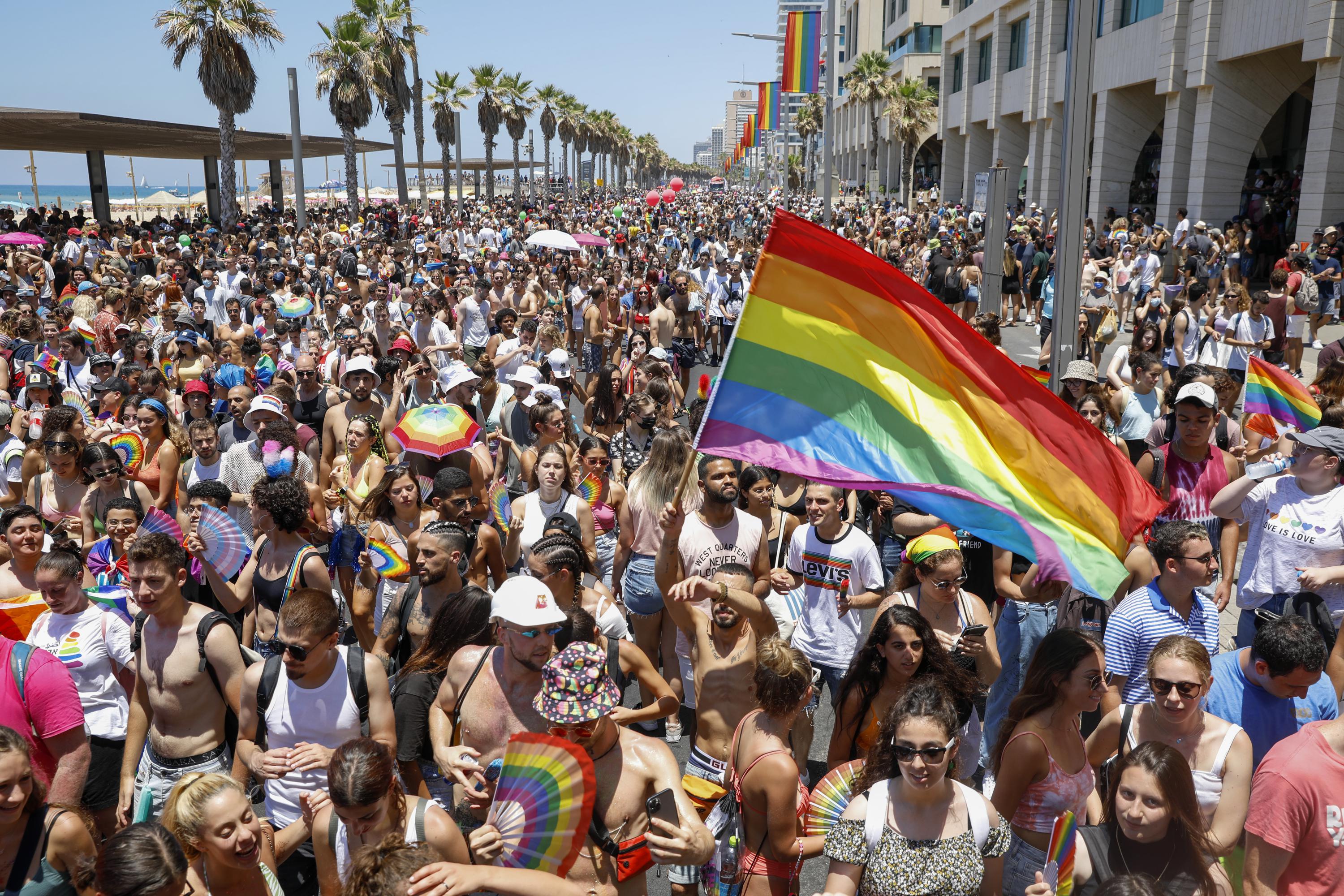 Tel Aviv, Israel (AP) – Tens of thousands of people participated in the Tel Aviv Pride Parade on Friday at one of the largest public gatherings in Israel since the outbreak of the corona plague.

The lively parade and beach party are held on the beach promenade in the Israeli city, a rare center of proud culture in the conservative Middle East. Elsewhere in the region homosexuality is considered taboo and is prohibited by law in many countries.

About 250,000 people participated in the Tel Aviv parade in honor of the LGBT community in 2019, before it was stopped last year due to the plague.

Organizers estimated the turnout at the event on Friday at 100,000, saying it was one of the largest in the world since the outbreak.

“The Pride events in Tel Aviv-Yafo are a long-standing tradition, centered on a message of equality, acceptance and human and civil rights,” said Mayor Ron Huldai. “This year, more than ever, we will celebrate together, march together, and fight together for equality.”

Israel fully reopened this spring after carrying out one of the most successful vaccination campaigns in the world, but a recent outbreak driven by the more contagious Delta variant has raised concerns.

Several marchers said they were sad they missed the parade last year.

“It’s not just a celebration, it’s also a demonstration for our rights, for our existence, so it feels really good to be here again to march with everyone,” Noam Keller said.

Nina Korolev said this was the first time she had participated in the Pride Parade.

“It’s so delicious, it’s amazing,” she said. “I am very proud that I can be here in a free country with free people together. All human beings must have the same rights.”

Thousands of people marched through Jerusalem earlier this month in a much smaller Pride Parade, celebrating LGBT rights in the conservative city against the backdrop of heavy police security.

Police said they arrested a suspect in Tel Aviv after they followed him ahead of the parade. The man in his 30s was found carrying a nonchako, a weapon for Asian martial arts, as well as an electric shocker, necklaces and other “means of attack”.

Police also later said they arrested a husband and wife who attacked police officers while trying to enter the parade area so they could sabotage the incident.

Support for gay rights is becoming widespread in Israel, where homosexuals serve openly in the military and parliament. But they did not reach full equality.

Jewish ultra-Orthodox parties, which significantly influence matters of religion and state, oppose homosexuality as a violation of religious law.