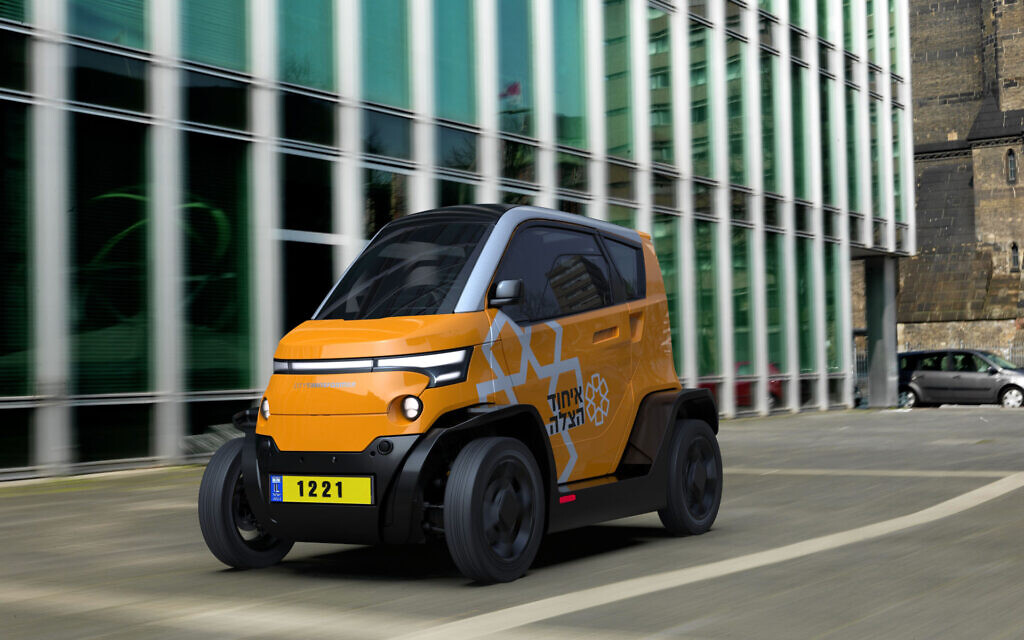 City Transformer, the Israeli car company behind an electric car that can shrink in size to squeeze into parking spaces, has announced a new partnership with the United Emergency Medical Response Organization to integrate the startup’s “folding” urban vehicles into the organization’s fleet.

The deal will make United Rescue, which operates a network of trained volunteers with ambulances for specially equipped motorcycles, a major customer of City Transformer.

The company, founded in 2014, developed the CT-1 electric car, a 2.49-meter (8.2-foot) and 1.4-meter-wide vehicle with a patented folding mechanism that can shrink the wheelbase to just one meter (39 inches). Wide for easy parking or maneuvering through traffic. Inside there is room for a driver and another adult sitting together. Alternatively, the passenger seat can take two children. The cabin does not shrink or change shape as the wheelbase shrinks.

The company hoped to build a “durable, comfortable and sustainable” solution for urban residents and those interested in giving up the inconvenience of regular-sized cars, especially in crowded cities.

City Transformer CEO Assaf Formosa told the Times of Israel in a phone interview Sunday that he began developing the idea of ​​a car for the urban era after sitting in traffic jams for too long inside Tel Aviv and frustrated, and also tried a motorcycle, “but almost died. “

“More than 4 billion people today Live in urban areas, In cities, and it will only grow in the coming years. People need vehicles for city centers, for narrow streets, for tomorrow’s world, “said Formosa from the Netherlands, where the company’s management team is now meeting with industrial manufacturing companies.

The City Transformer vehicle is a modern mobility solution for the modern world, he said. “We have to ask ourselves the question: ‘Are today’s cars for today’s cities?'”

The company says four of its CT-1 devices can fit into the parking lot of a regular car, and solve a prominent pain point – parking – in urban areas.

Last year, the CT-1 was selected in TIME magazine’s annual list for 2020 of the 100 best inventions “that change the way we live, work, play and think about what is possible.”

Dov Meisel, vice president of operations for the Rescue Union, told the Times of Israel that the organization is closely following developments with City Transformer while the startup worked on its innovative vehicles.

“We approached it from two angles. First, the safety of our volunteers and riders. And second, the innovation component. We invented the motorcycle ambulance, and it’s clear why – they can pass easily in traffic, for example – but it limits us because not all volunteers have a motorcycle license or want to be on A motorcycle, “Meisel said.

The possibility of a compact car that can also move more easily in traffic and does not need a lot of parking space, which is scarce in major cities such as Tel Aviv and Jerusalem, “brings us to the next level,” he added.

Meisel said one of the most important aspects of the agreement was the vehicle fleet sharing format. According to the deal, a total of 1,000 City Transformer CT-1 units will be stationed in various cities in Israel and will allow the Rescue Union’s volunteer network to quickly locate one of the cars and use it to respond to medical emergencies in their area.

“It can make volunteers move faster … they can just locate a City Transformer car and walk away.”

Formosa said the vehicles give the Rescue Union “the safety of a vehicle, with the ease of movement of a motorcycle”. 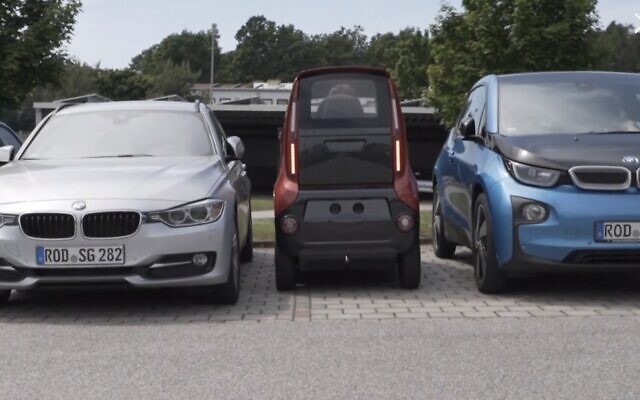 The location, opening and operation of the vehicle will be done through the app on the volunteer’s device, and the emergency address will be entered in advance in the vehicle’s navigation software, which will be linked to the launch center, Meisel explained.

United Rescue responds to about 2,000 inquiries a day across the country, the organization says. 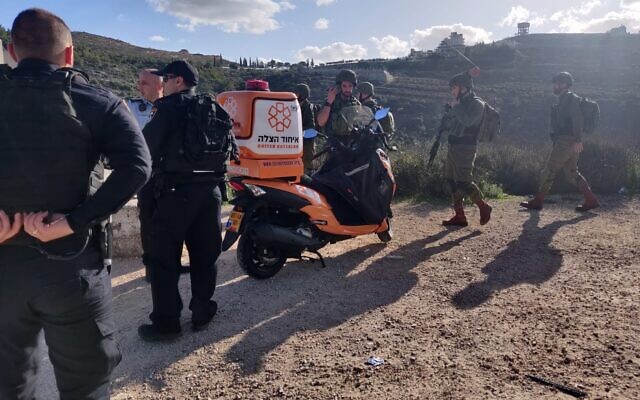 Paramedics and security forces responded to a shooting attack along the highway outside the Dolev settlement in the central West Bank on February 6, 2020. (United Rescue)

The deal with City Transformer is estimated at $ 22 million, according to the announcement.

Meisel said the five-year deal will roll out in stages, starting next year, with a number of trials along the way. United Rescue will start with 50 City Transformer vehicles and build up to 1,000 units when the company reaches mass production.

City Transformer said in January that it hopes to win a European certification for CT-1 and that the first examples of the resizing car will be on Israeli roads in the years 2022-2023. Israel operates in accordance with European certification standards for vehicles and CT-1 is seeking certification as a bicycle rider, “a category that facilitates the company’s rapid entry into the European market,” Formosa said in a statement at the time.

The first vehicles manufactured will be manufactured by Rowing Auto from Germany. Most of the future production will also be done by a third party.

“Billions of people living and working in the city will receive a new alternative of efficient and green mobility: one that combines the safety and comfort benefits of driving a car, with the benefits of parking, maneuvering and the savings in using a motorcycle,” he added. This, without the existing shortcomings of the car and the motorcycle. “

Formoza estimates that the company will produce about 15,000 CT1s by 2024 and will reach full production capacity by 2025, after which private consumers will start getting their vehicles.

City Transformer, Formosa said, is currently in talks with fleet owners as well as with engineering and manufacturing companies, particularly in Europe, where the company is targeting the first mass market for CT-1. 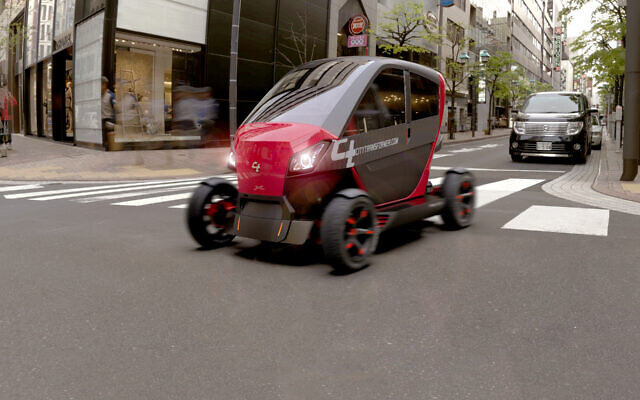 Meanwhile, City Transformer is in the process of raising capital for a round of fundraising and producing “a lot of interest, great feedback and a lot of pre-orders,” Formosa said.