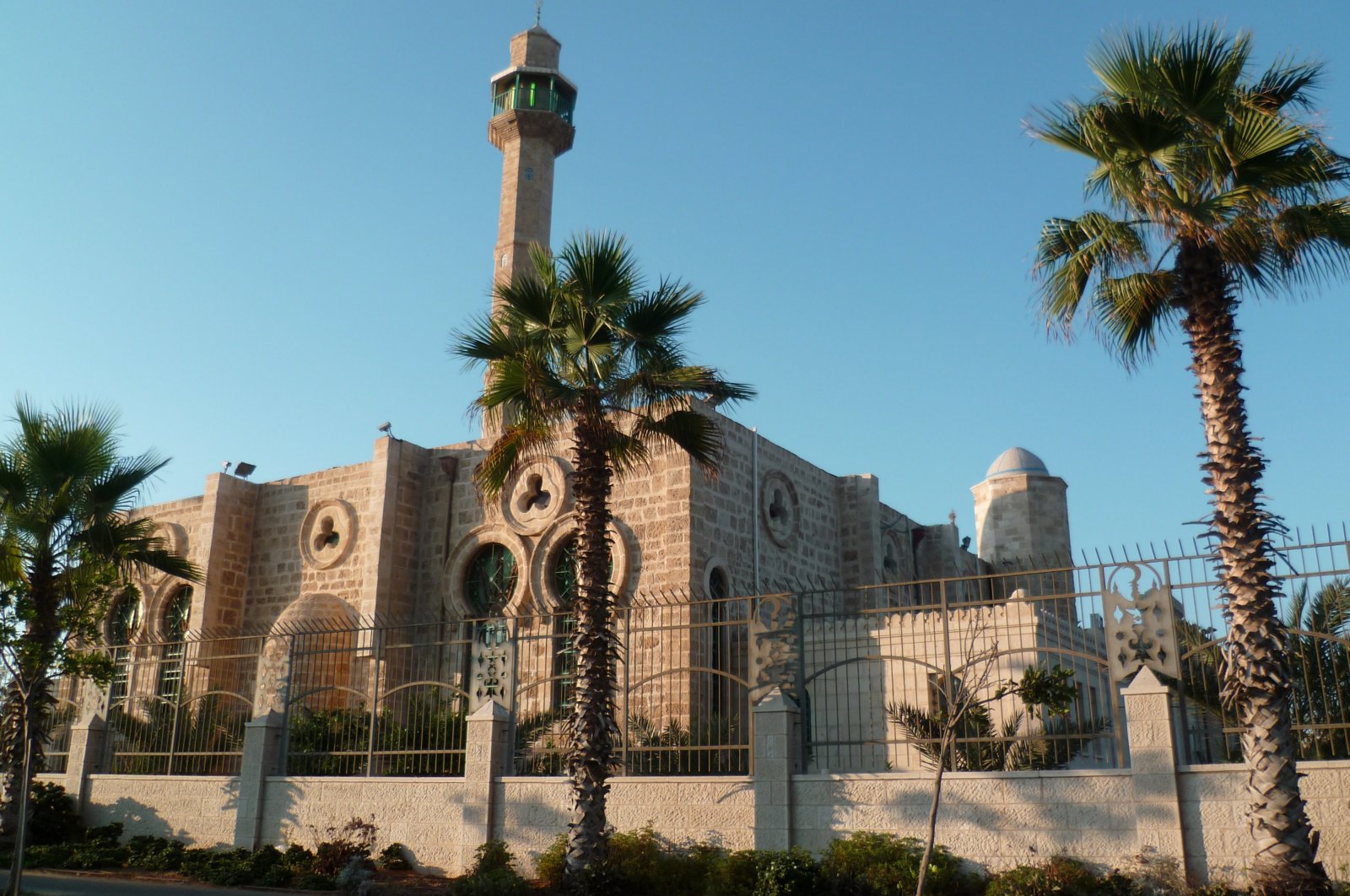 Hassan Bek Mosque, also known as Hassan Bi Mosque, is a well-known historic building commissioned by the Jaffa Governor of the Ottoman Empire Hassan al-Bashri Al-Jabi in the Palestinian city of Jaffa in 1914. Located on the borders of the oasis. Tzedek neighborhood in the capital of Israel Tel Aviv Today, the mosque has survived the test of time despite various attacks since the beginning of Israel’s aggression against Palestinians.

The mosque with Ottoman-style architecture was ordered to be built in the Manshiya neighborhood at the time. While the Manshiyya neighborhood of Ottoman Palestine was completely destroyed by Zionist gangs that were part of the founding elements of Israel, Hassan Bek Mosque was saved from demolition for fear of a harsh response from the international community.

The State of Israel, established in 1948 on a large part of historic Palestinian land, administratively connects the city of Jaffa to the capital Tel Aviv. Israel included the Old City of Jaffa under the local administrative management of Tel Aviv and the doors of the Hassan Beck Mosque were closed to Muslims. Palestinians remember that the mosque served as a barn and shelter for animals for a long time and became a place frequented by drug addicts.

After being cut off from the Muslim community with hostels and entertainment venues later built around the mosque, it was reopened for worship in the late 1970s by Muslims living in Jaffa.

In an interview with the Anadolu Agency (AA), the imam of the Hassan Bek Mosque, Sheikh Ahmad Abu Ajawa, said that Israel was trying to destroy the Arab-Islamic identity of the historic Palestinian lands.

“There is nothing left of a forgotten neighborhood except this mosque, which has been a witness to history,” he said, adding that all this happened after the Nakba (disaster), referring to the establishment of the State of Israel in 1948 when hundreds of thousands of Palestinians were. Displaced or fled their homes.

Emphasizing that the mosque was closed to worship immediately after the establishment of Israel, Abu Ajawa said: “The Hassan Bek mosque in the Manshiyah neighborhood, where Palestinians were subjected to forced immigration, was abandoned to its fate by Jewish gangs … was subjected to repeated attacks.” He noted that the mosque’s prayer area has a capacity of about 3,000 people.

“The Hassan Beck Mosque is really an Ottoman masterpiece. Anyone who looks at the structure of the mosque, from its entrance to the pulpit and the sword (a semicircular niche in the wall of a mosque indicating the Kabbalah, that is, the direction of the Kaaba).

However, all the Palestinians, especially the residents of occupied Jerusalem, and our brothers and sisters in Turkey gave full support to this mosque, “he added.

The Mirasımız Association (Our Heritage) of Turkey, which works to preserve the Ottoman heritage in Jerusalem and the surrounding areas, in cooperation with the Al-Aqsa Foundation, established by Palestinian citizens of Israel, restored and rebuilt the eastern and northeastern facades of the mosque. The southeastern wall of the mosque in accordance with Ottoman architecture in 2009.

Keep up to date with what is happening in Turkey, the region and the world.