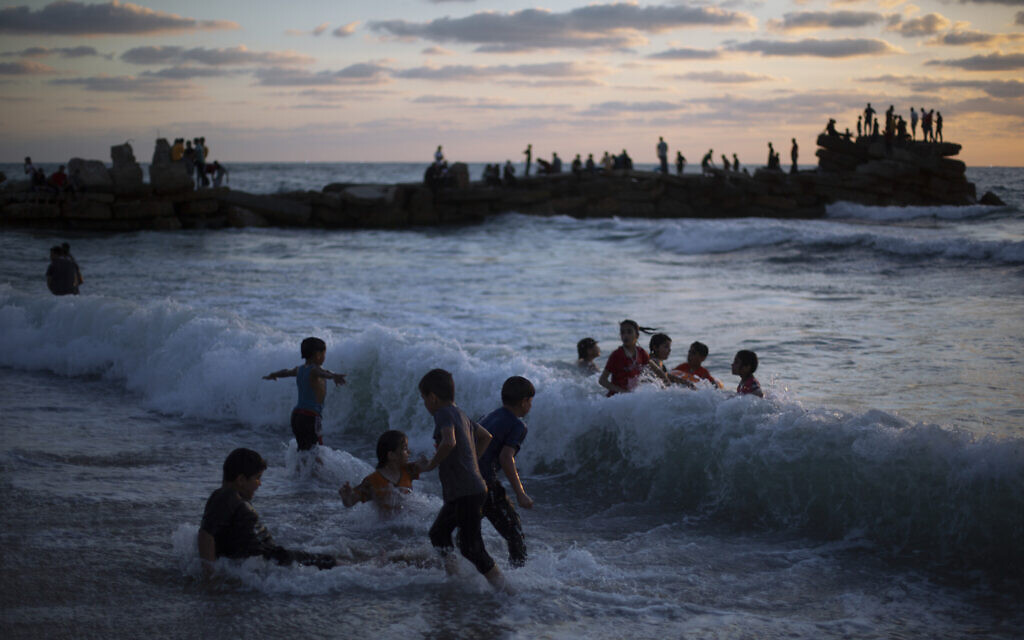 One sea, worlds apart: Summer days at the beach in Tel Aviv and Gaza

Although the beaches in Tel Aviv and Gaza City overlook the same surfing waves of the Mediterranean, they are separate – and not just because they sit on either side of a hundred-year-old conflict.

In Tel Aviv, Israelis wear bikinis, shorts and tank tops that show off their tattoos. Cold beer bottles sweat under the sun as the Golden Retriever runs after Frisbee and surfers carry their planks to the burglars. At first glance it looks like San Diego or Marseille, a rich seaside metropolis where one can conveniently ignore the Middle East and its various disasters.

Gaza, just 70 km away, is a dense Palestinian enclave cut off by an Israeli-Egyptian siege since Hamas terrorists seized power in 2007. The coast is one of the only open areas where families can breathe – a rare sight without fences or guard towers.

Oded Balilty, like most Israelis, has not been to Gaza since Israel withdrew its troops and settlers in 2005. Khalil Hamra, like most Palestinians from Gaza, has never been to Tel Aviv.

The two Pulitzer Prize-winning photographers have been covering the Israeli-Palestinian conflict for the AP for two decades, but met only once, at a photo exhibition in Europe in 2003.

For this project, they called through Zoom and spent months filming, sharing them and then trying to find similar images from the other side. After covering four intense wars on both sides of the battle lines, they tried to grasp a common reality.

The differences were equally clear.

Balilty described how the project made him feel like he “sees Gaza through Khalil’s eyes.” Hamra was especially moved by a set of almost identical pictures from Tel Aviv and Gaza, in each of which three young men in their teens or early 20s are seen lying on the beach.

Men of this age in Israel usually do their compulsory service. Aging men in Gaza often risk their lives in violent demonstrations along the heavily guarded border. “But these guys, they relaxed, they swam, they enjoyed themselves,” Hamra said.

Israel and Hamas have been fighting four wars since 2008, last May. Rockets fired from Gaza crashed into Tel Aviv and places south of it and activated air attack sirens. Israeli airstrikes toppled high-rise buildings in Gaza City and the navy shelled the coast. 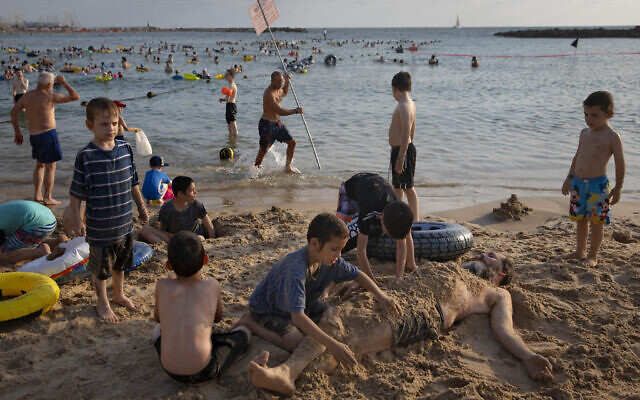 Ultra-Orthodox Jewish men and children enjoy the day on the separate beach three days a week for men and three days for women, in Tel Aviv, Israel, July 19, 2021. (Photo by AP / Oded Balilati)

The wars and the siege damaged the Gaza infrastructure. Untreated sewage has been discharged into the sea in recent years, polluting the coastline and drifting north to Israel.

Palestinians routinely refer to Gaza as an open prison for its 2 million inhabitants, most of them descendants of refugees from the 1948 war around the establishment of Israel. Many Israelis see Gaza as a haven for terrorists, whose rockets have been sowing fear in neighboring Israeli communities for more than a decade.

But a typical summer day at the beach reveals a shared humanity.

Israeli and Palestinian boys can spend the whole day walking around, scrambling up rocky piers and diving into the water over and over again. Older boys try parkour – urban gymnastics is recommended to try on soft sand. Israeli and Palestinian parents gently cling to their toddlers, who scream happily every time the waves flow over their tiny toes.

Everyone is warming up in the same Mediterranean sun, watching the waves break away in the distance, savoring the long summer days as long as they last. 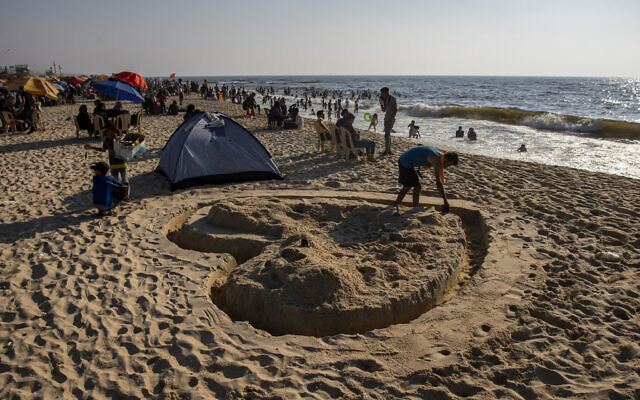 A Palestinian man working on a sand form of a heart on the shores of Gaza City, July 2, 2021. (AP photo / Khalil Hamra) 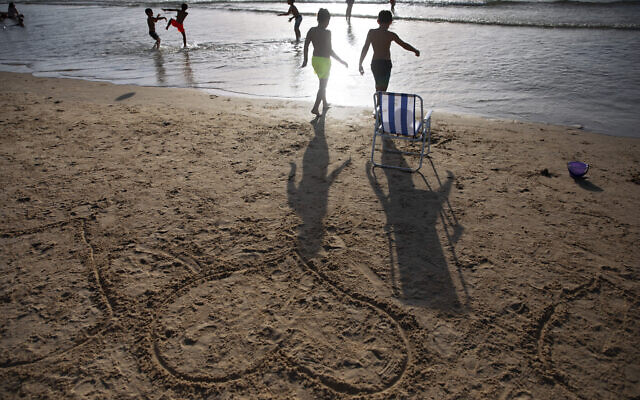 Heart shapes drawn in the sand as the sun sets over the beach of Tel Aviv, Israel, June 12, 2021. (Photo by AP / Oded Balilati) 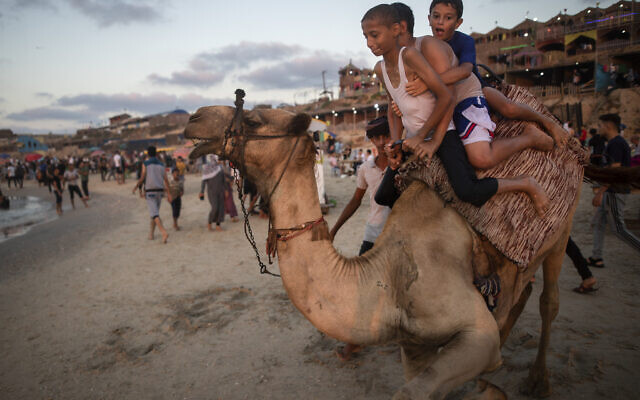 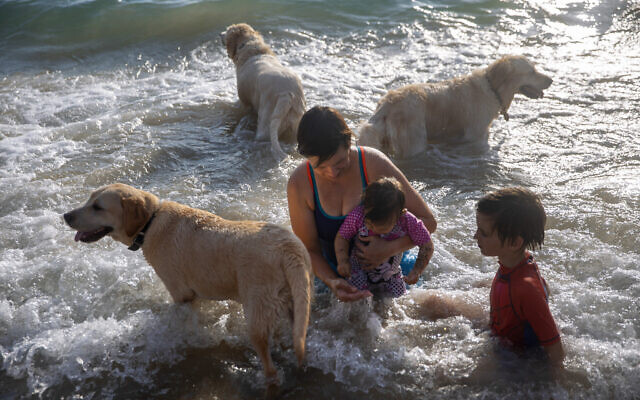 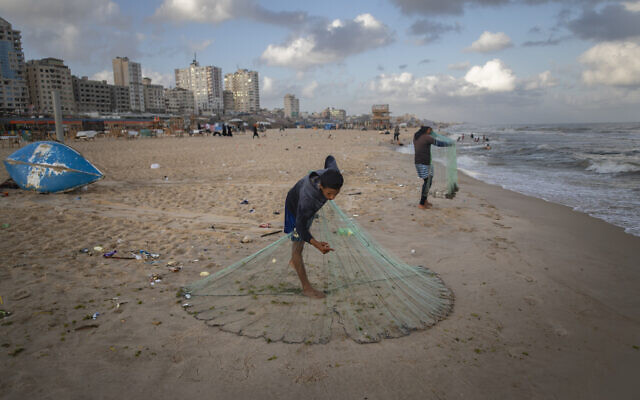 Two Palestinians prepare their fishing nets before throwing them into the water, on the shores of Gaza City, July. 4, 2021. (AP Photo / Hamra Flute) 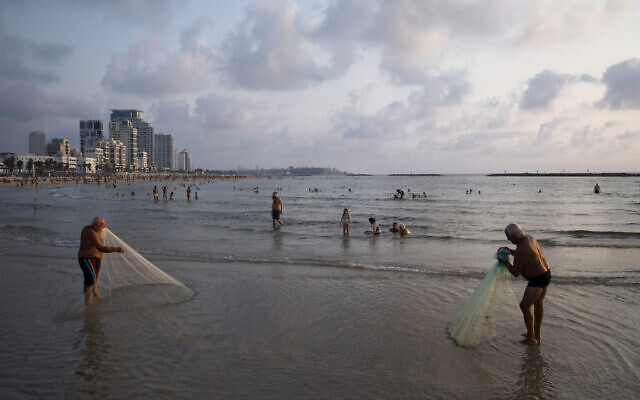 Two Israelis are preparing to dump their fishing nets on the Mediterranean Sea off the coast of Tel Aviv, Israel, August 31, 2020. (Photo by AP / Oded Balilati) 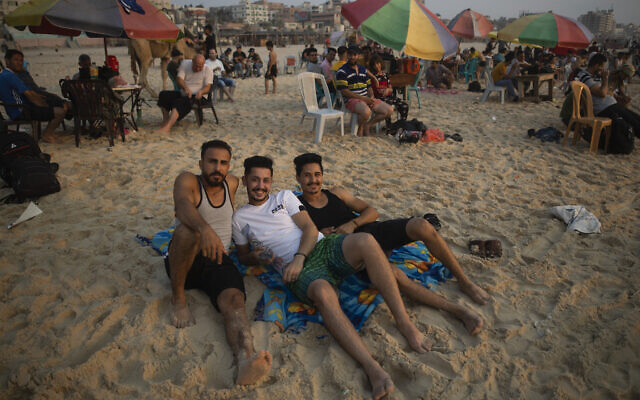 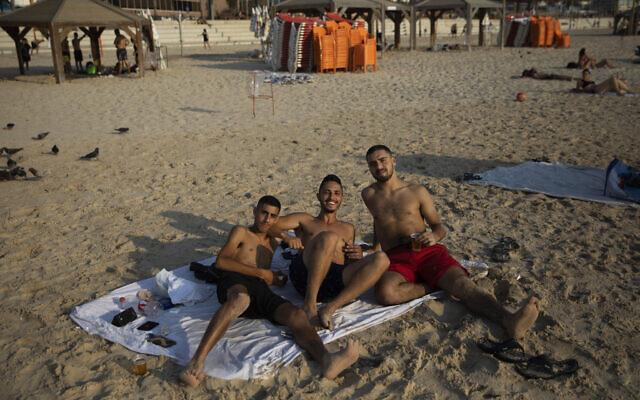 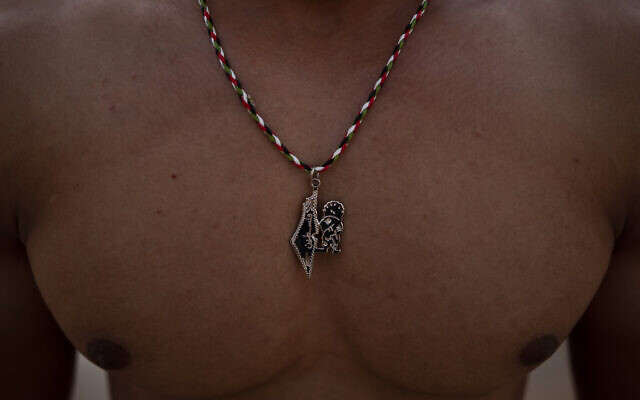 A Palestinian man wearing a necklace with a map of Palestinian poses for a photo on the shores of Gaza City, September 10, 2021. (AP photo / Khalil Hamra) 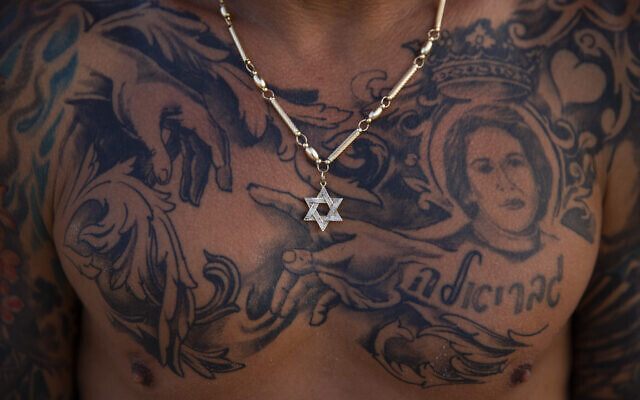 An Israeli beach worker wears a necklace with a Star of David pendant for photography on the beach in the morning in Tel Aviv, Israel, July 2, 2021. (AP Photo / Oded Balilati) 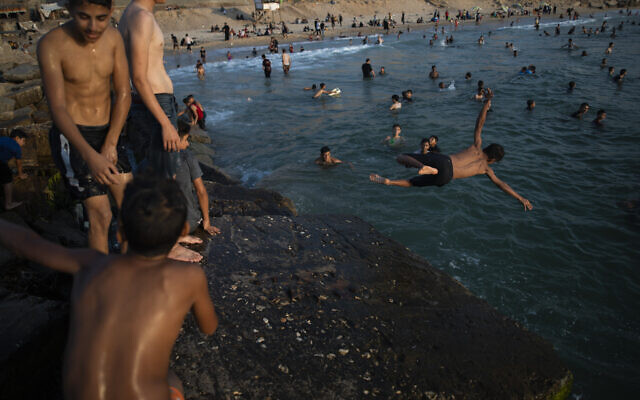 Palestinians jump into the water while enjoying a summer day on the shores of Gaza City, August 6, 2021. (Photo by AP / Khalil Hamra) 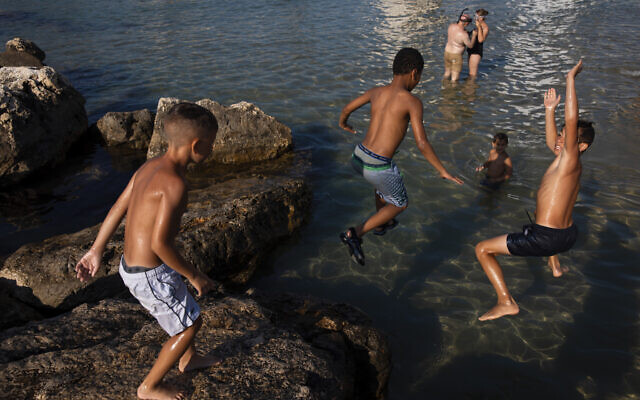 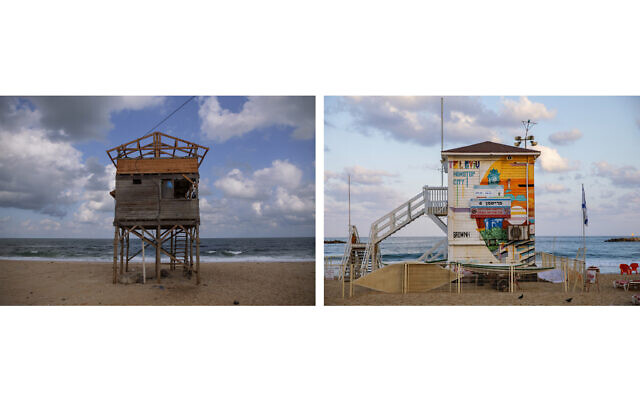