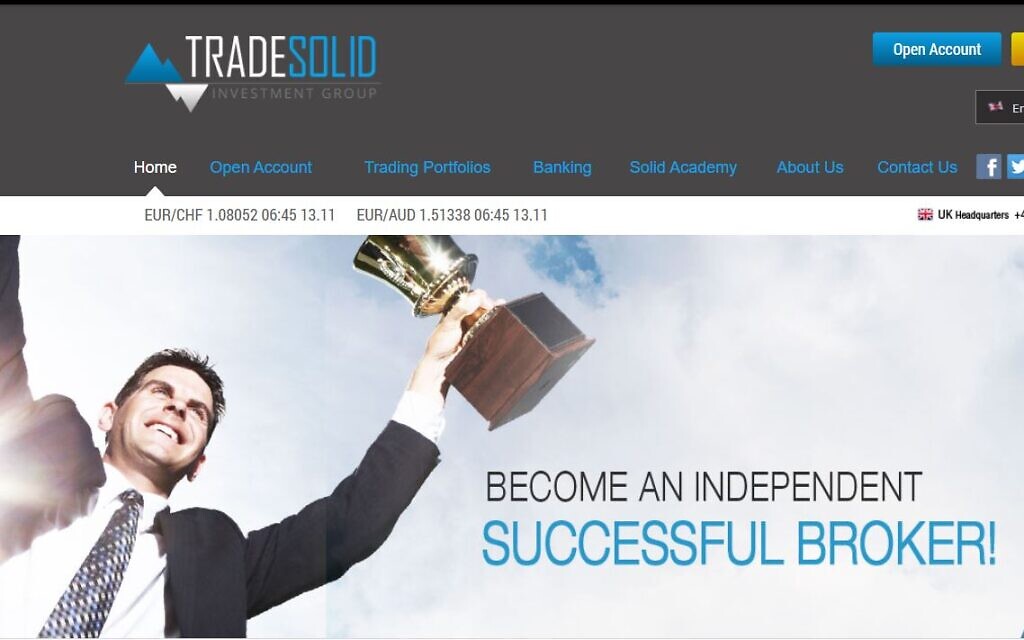 The names of four men arrested near Tel Aviv last month amid a series of raids against alleged fraudulent investment schemes have been overturned by a Jerusalem court ahead of a possible extradition to Germany.

Pavel Kotler, 47, of Holon; Yuri Dashevsky, 33, of Kfar Saba; Nimrod Belchman, 33, his hometown is unknown; And Chen Malka, 31, of Tel Aviv, were arrested on suspicion of binary options, foreign exchange and cryptocurrency fraud against German citizens.

The four were among 15 people arrested by police in a raid on October 20 on a call center in Petah Tikva initiated by the German police, which launched an international blitz on investment-related fraud in Israel last month, along with the FBI.

The arrests were made at the request of German prosecutors, who said they plan to request the extradition of the men to trial in Germany.

The Jerusalem Magistrate’s Court judge initially granted the four men’s lawyers’ requests not to publish their names so as not to damage their reputation, but now the restraining order has been revoked.

According to the prosecutor’s office in Bamberg, Germany, these websites are all connected and operated by these four people and their associates via the Internet and call centers in Israel and Tbilisi, Yerevan and Chisinau – the capitals of Georgia, Armenia and Moldova, respectively.

Dollars seized in a raid on October 19 on an Israeli-run call center (Source: Generalstaatsanwaltschaft Bamberg)

According to reports on October 19, the Israel Police detained and questioned a lawyer who is considered to have taken part in the management of the websites run by the suspects at the Petah Tikva Center. Crime News Site Posta. According to reports, the investigation was carried out on the orders of the German police.

Seven people who were part of the same group as those in Petah Tikva were arrested in Georgia on October 19, according to the October 27 announcement. Knowledge for the media Issued by the Public Prosecutor in Bamberg, Germany. Three of the people arrested in Georgia were women.

In addition, in 2019 the group allegedly managed the alleged recovery room scams FXLaws and Tradelegal in which they offered to help fraud victims collect their money – for a fee. These sites allegedly took the victims’ money without helping them, the German prosecutors accused.

The suspects allegedly persuaded people around the world to invest money in forex, binary options and other financial instruments. But instead of actually investing customers’ money as promised, the suspects allegedly used the money to operate their call centers and platforms and for their personal use.

German victims alone lost several million euros to these sites, German prosecutors said. The sites were targeted at people all over the world, implying that the losses to alleged victims around the world were much higher. The 11 German prosecutors’ websites said they were controlled by the suspects operated by two platforms: SpotOption and Tradologic.

As of October 20, Germany has not yet filed official extradition requests, but Israeli prosecutors have told a Jerusalem court it plans to do so soon. One of the suspects’ lawyers said on Monday that all four suspects have been in custody for 20 days while the court awaits Germany’s extradition request.

Since the beginning of October, there has been a flood of raids and arrests of Roman currency and alleged crypto in Israel, Ukraine, Cyprus, Georgia, Bulgaria and the Philippines at the behest of the German law enforcement agencies, along with the FBI. Israelis.

Germany’s request for legal assistance to the Israel Police of October 15 does not name the center or centers where Kotler, Dashevsky, Blachman and Malka worked. The Israel Police claims that the hotline they raided on October 20 was in Petah Tikva.

But documents seen by the Times of Israel show that at least three of the sites allegedly operated by the suspects were operated from another call center, known as GM Software Solutions, on Locksmith Street in Tel Aviv.

Until May 2017, Chen Malka owned GM Software Solutions, according to the registration of companies in Israel. Multiple lawsuits against the company by former employees show that it ran the sites TradeSolid, IntegraOption and SolidCFD.

Since 2005, Israel has been the focus of Internet scams related to online commerce sites or counterfeit investments. Israeli authorities largely ignored the scam, allowing it to flourish into a full-fledged industry that employed thousands of people and stole billions of dollars from Internet users around the world.

Initially, these scam sites offered forex trading. By 2013, many of the forex operators began offering trading in a financial instrument known as binary options. After binary options sites were outlawed by the Knesset in 2017, as a direct result of a report by The Times of Israel, many of those activists created sites that offered counterfeit forex, CFD and cryptocurrency trading. Some moved some of their operations overseas.

While the Israeli police have arrested a handful of these activists over the years, almost none of them have been prosecuted. Similarly, while the Israeli media reported individual investment scams, they often described them as the actions of a lone wolf, and failed to explain that they were part of a massive and connected industry.

In recent years, law enforcement agencies in the United States, Germany, Austria and to a lesser extent in Canada have investigated, filed indictments and convicted, unlike their Israeli counterparts, some of these alleged Israeli fraudsters.

Attorneys Eitan Finkelstein and Lia Plus, representing Blachman, sent the following response to the Times of Israel.

“The defendant was a taxpayer whose entire job was to purchase leads so that the platform could be marketed to investors. His job at the company was secondary and focused on buying leads. He was even fired from the company a year and nine months before the corona plague began.

“The defendant was unaware that there was a legal problem regarding the conduct of investors vis-à-vis the companies that used the leads, if there was indeed a legal problem, because it is perfectly legal to invest in cryptocurrencies or forex. Willingness, share it [information] With. However.

“As stated, the defendant has not engaged in this field for nearly two years and has not been in contact with the others during this entire period. He cooperates during the investigation and we are confident that it will soon become clear that he has no part in this affair.”

The lawyers for the other three suspects did not respond to emails from the Times of Israel.