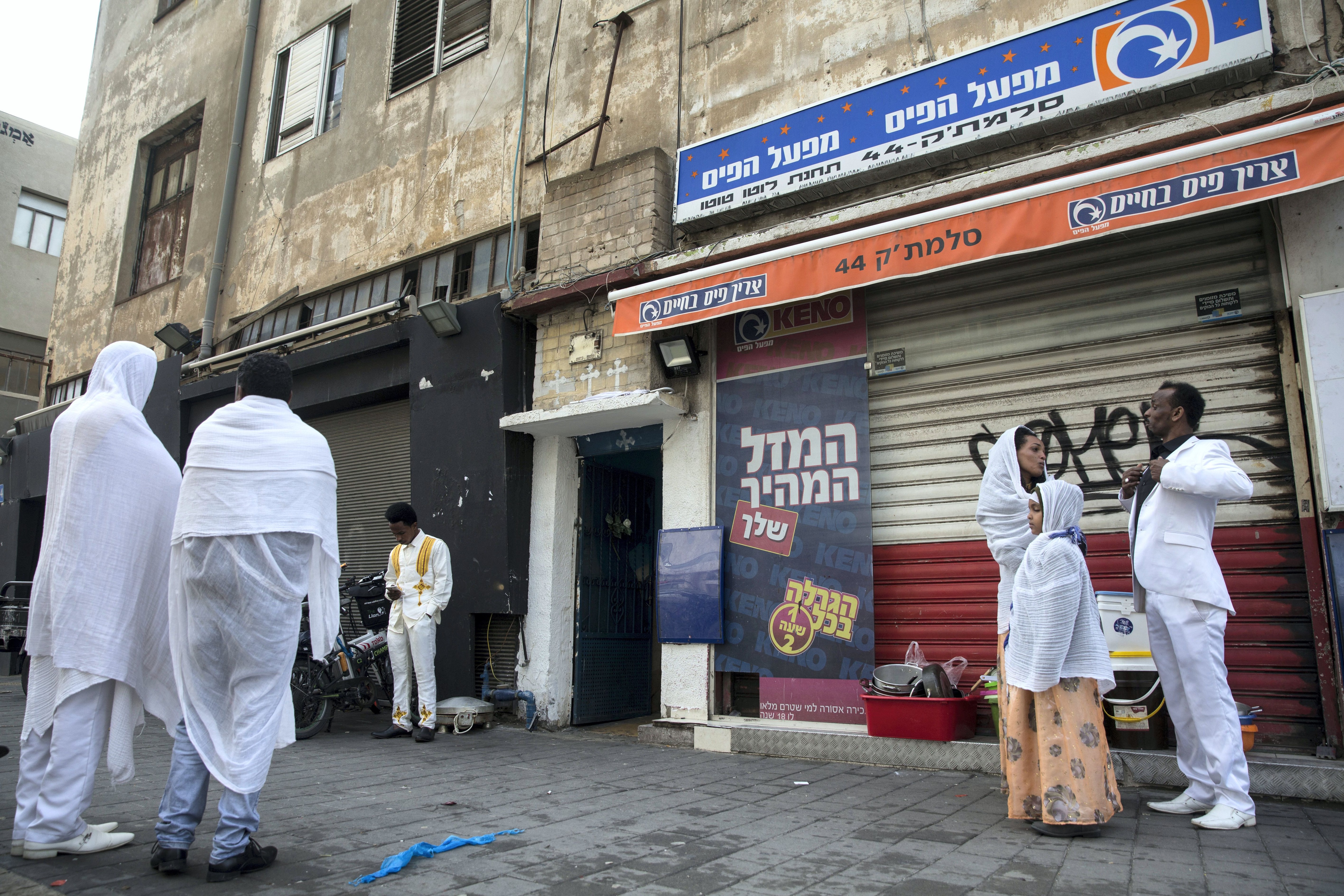 In south Tel Aviv, asylum seekers who have been living in Israel for years turn to a food bank for help after being seriously injured by the plague.

“Because this food support is available, I am not starving,” said one Eritrean, 30, as tears flowed down her cheeks.

“I have no family here, I support myself and my children alone. I need a lot of support.”

The hotel employee, who came to Israel 11 years ago, told about the difficulty of raising four children in the coastal city.

Her family is just one of hundreds that have come to rely on the Food Bank, from which we can see skyscrapers of Israel’s financial capital.

The small “supermarket,” which has shelves full of supplies like lentils, cooking oil and canned beans, opened in July in response to widespread hunger.

“People started coming in and said ‘I’m hungry, I have nothing to eat,'” she said. “It was a humanitarian crisis – people said they were hungry.”

While Israeli citizens could apply for benefits from the state during the corona virus, these were not available to asylum seekers.

The United Nations High Commissioner for Refugees (UNHCR) said last year that there were more than 32,000 Eritrean and Sudanese asylum seekers particularly concerned in Israel. They had been in legal limbo for more than a decade.

Israel has approved less than 0.1% of more than 80,000 asylum applications since July 2009, according to UNHCR data.

For thousands of people their paperwork has been hanging around for years, and in the meantime, they are allowed to work. Many held jobs in hotels or restaurants, Mesila said, and lost their income when businesses closed during the plague.

Israeli authorities have imposed three nationwide locks since March 2020, as part of efforts to reduce the number of Corona virus infections.

In Tel Aviv, NGOs organized food distribution at the beginning of the epidemic to address the immediate crisis.

A survey was conducted a year ago to determine the depth of the problem, which found that more than 86% of asylum seekers and the undocumented in South Tel Aviv were mild to severe hunger.

The study was commissioned by the municipality, which partially funds Mesila, and the Israeli Ministry of Health. Participants were asked questions such as how often they skip meals, as well as the food they lacked in their diet.

The findings contributed to the launch of the Food Bank, which currently serves 600 families who visit twice a month.

“Our goal is to reach 1,000 families, we still have a waiting list because we could not take them all at once,” Ms Silverlive said.

Customers roll in carts and small shopping carts, walk down the alley near the food bank and wait for their turn.

Signs on the inside written in Arabic, English and Tigrinya – the language commonly spoken in the northern Tigris region of Ethiopia and the Eritrean Mountains – indicate the quantities each family can take.

Additional donations, such as costume dresses, sit in the basket.

One customer, who was sitting outside in a plastic chair, said the shelves are equipped with essential food items.

“What we need in addition is diapers and milk,” said the woman, 33, who has three small children.

She remembered the fear that struck her Eritrean community when the corona virus appeared, both from the disease and from the financial downfall.

“We always work from hand to mouth,” she said, 11 years after arriving in Israel.

“I stopped working first because of the corona virus, then because of my health,” she said of problems unrelated to the Cubid-19 epidemic.

Israel eased most of the restrictions imposed during the epidemic, allowing many asylum seekers to return to work in the services industries.

Since November 1, tourists have been allowed to enter in large numbers for the first time since March last year.

Despite such developments, many asylum seekers are still struggling to feed themselves. About 80 percent of the community had been unemployed for nearly a year, Mesila said, and rarely had savings.

“I used to work and pay for my rent, and then I had nothing,” the 30-year-old Eritrean woman said, explaining how grateful she was to receive groceries.

“But now I’m getting support from this food bank,” she said. “I serve food to my kids every night, every day.”