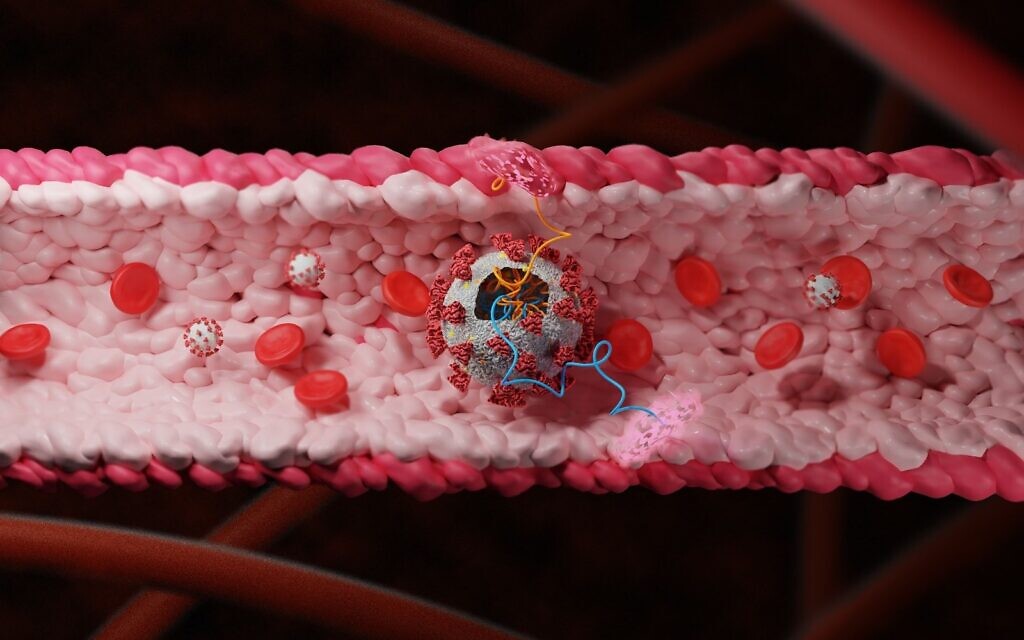 Israeli scientists have identified the virus proteins that cause strokes and heart attacks in COVID-19 patients, in a breakthrough they expect to pave the way for new drugs.

The scientists discovered the discovery by “peeking into the black box of the virus,” Dr. Ben-Maoz of Tel Aviv University told the Times of Israel, explaining that his team analyzed all 29 proteins of the virus to determine which one was causing destruction in the vascular system. .

“The corona virus is not the pure respiratory disease we first thought of, and we have identified the proteins that put patients at increased risk for stroke, heart attack and other vascular-related problems,” Maoz said.

He identified the five proteins in SARS-CoV-2 that lead to vascular problems in Peer-reviewed journal eLife.

“This work may help scientists develop drugs against the effect of the corona virus on the vascular system, by providing an understanding of exactly which proteins, or parts of the virus, cause problems,” Maoz said.

His laboratory, which focuses on biomedical engineering and neuroscience, collaborated with Prof. Uri Asheri and other researchers from Tel Aviv University to create an imaging of the human vascular system and examine the effect of all 29 corona proteins. From their analysis, they were able to identify which of them affected the vascular system – and how.

A hospital worker treats a patient in the Corona ward at Ziv Medical Center, in the northern city of Safed, on August 11, 2021. (David Cohen / Flash 90)

“Not only did we discover which proteins have an effect on the vascular system, but we also saw exactly how they exert their effect,” Maoz said. “What we have found is that these specific proteins make your blood vessels more leaky. The ducts become more porous and cannot hold fluid as you would hope. This information is also valuable in efforts to develop drugs.”

Maoz hopes to lay the groundwork for more nuanced treatment in Corona.

“To this day the virus has been treated as a single entity, despite the fact that it affects different parts of the body in different ways,” he said.

“All the evidence shows that the virus severely damages the blood vessels or endothelial cells that line the blood vessels. I hope our research will prove useful in enabling more targeted treatment.”