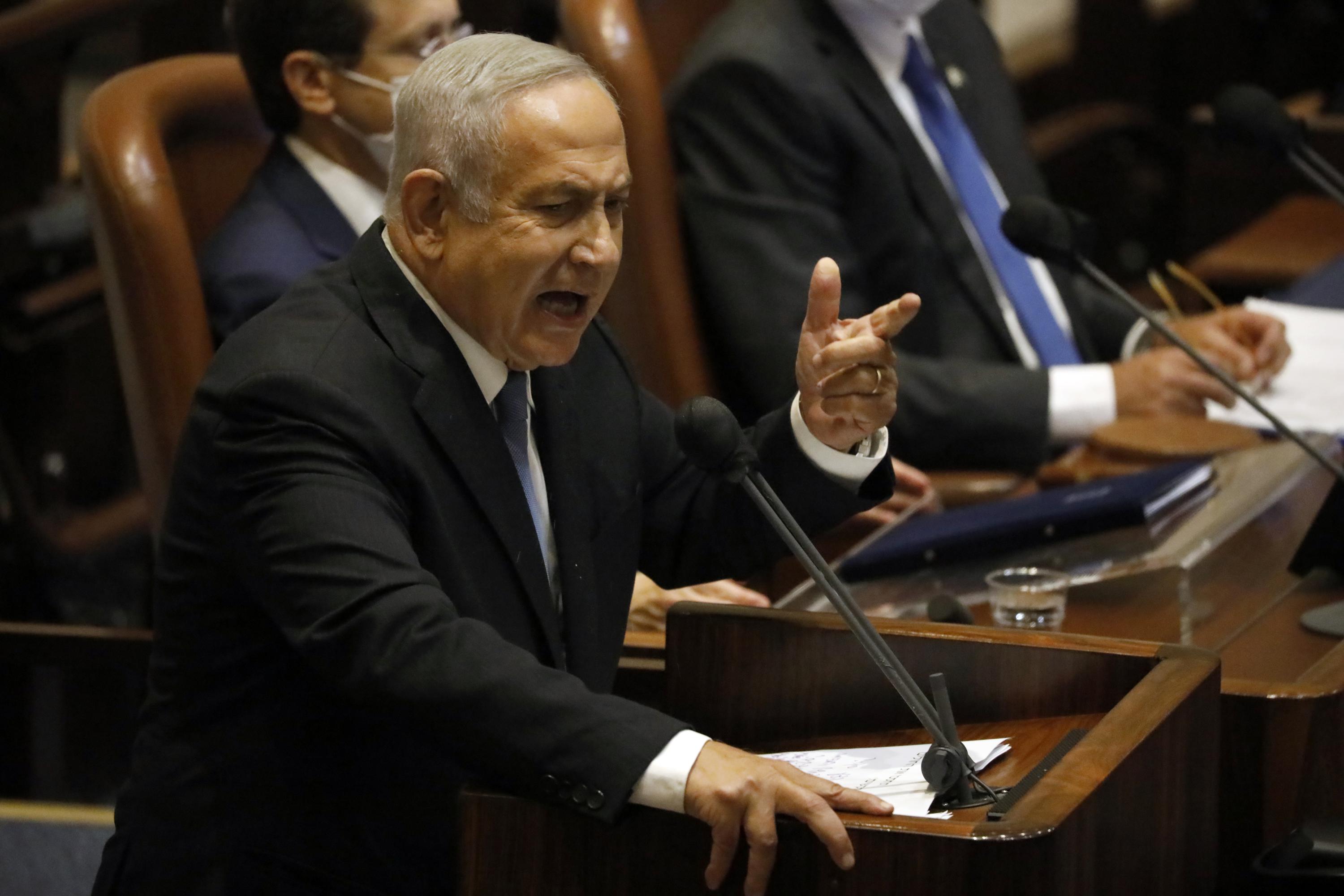 Netanyahu’s hopes for a comeback dim as Israel passes budget

Tel Aviv, Israel (AP) – Former Israeli Prime Minister Benjamin Netanyahu watched on Thursday from the side of the government that overthrew him after 12 years in power, passed a national budget, and led a severe blow to his hopes for a speedy return to the top of the state. office.

The man whose shadow has stood so great for so long over Israel, whose rule has provoked both mass protests and cult-like devotion, has been pushed to the back benches as the leader of the opposition, far from the lever of power and exposed to serious corruption charges.

The first budget passed in three years, during which a prolonged period of political controversy led to four divided election campaigns, was a test of effort for Israel’s broken coalition government.

Failure to pass the budget before November 14 would have led to the dissolution of the government and to an urgent election – giving Netanyahu, who is rising in the polls, a chance for redemption. Now that this has passed, it seems that the government – which was formed with the aim of ousting Netanyahu – has bought itself some time. Coalition parties are fighting the polls and no one will want to overthrow the government and hold new elections for now.

Netanyahu’s best hope is that the coalition, which consists of eight ideologically diverse parties, will erupt because of its contradictions. Otherwise, his next opportunity will come when the government replaces its leadership in 2023, puts the Yair Lapid Center in power and perhaps gives its nationalist coalition partners a reason to flee.

Aviv Bushinsky, a former Netanyahu aide, said it was better for Netanyahu to devote his time as head of the opposition, a public platform from which he can deal with legal allegations and increase voter support.

“Right now he is not in a hurry. He has nothing to lose,” he said.

In a speech to parliament on Wednesday, ahead of the budget vote, Netanyahu vowed to continue.

“We will continue to fight this terrible government. We will not leave a stone unturned, we will look for any way to overthrow it, to get Israel back on track,” he said.

Netanyahu, a key figure in Israeli politics over the past quarter century, suffered a dramatic fall earlier this year.

He began a 12-year term as prime minister in 2009, following an earlier tenure in the 1990s, became the longest-serving leader in Israel and helped shape the country. He was everywhere on the world stage, preaching against Iran’s nuclear program and the agreement with the world powers to curb it. He stepped up settlement construction in the occupied West Bank, avoided peace talks with the Palestinians and waged three wars against Hamas. A militant group that controls Gaza.

He worked hard to convince Israelis that he was a world-class statesman, the only one who could guide Israel safely through its many challenges. But under Prime Minister Naftali Bennett, Who traveled to the summit of the global climate, led Israel in the fourth Cubid wave and passed a budget, this argument is eroded.

“Suddenly you don’t have to be Benjamin Netanyahu to be the prime minister of Israel. And that in itself was a kind of revelation,” Pepper said.

Netanyahu also used his office to divide Israelis, whip nationalists against Greek leftists, Jewish Israelis against Palestinian citizens of Israel, and abuse state institutions, especially after he was indicted in three corruption cases.

Netanyahu is on trial for fraud, breach of trust and bribery, charges he denies but have clouded his last years in office. Under Israeli law, Netanyahu did not have to resign after an indictment was filed against him, leaving him a thug stand from which he could fight accusations, push to enact immunity and voice his complaints against the media and the judiciary.

Following the early elections in April 2019, Netanyahu failed to form a coalition, and some of his former allies refused to sit with him in the government. Israel entered a protracted political crisis, holding three more elections in less than two years. Demonstrators across the country descended on city squares and major intersections demanding Netanyahu resign.

Netanyahu, nicknamed a political wizard for repeatedly surviving threats of his rule, saw his magic run out in June, when a different constellation of political parties joined forces to oust him. In a Shakespearean twist, Bennett, Netanyahu’s former ally who became an opponent, was elected to head the coalition.

Netanyahu is known for enjoying the luxuries of an office And hanging out with world leaders, was pushed into the role of opposition leader as others quickly moved into the spotlight.

With a strong base and a clique of loyal legislators, he has maintained a lively presence on social media and still appears in public. His allies are angry and shouting at Bennett’s speeches in the Knesset, Israel’s parliament.

But he is no longer leading the agenda.

He did his utmost to undermine the current government, calling it illegitimate, forcing opposition lawmakers to boycott parliamentary committees and vowing to return to office. Israeli media reported on attempts by his right-wing Likud party to lure defectors from the coalition, efforts that have so far failed.

Israel’s Justice Minister Gideon Saar, meanwhile, is pushing for legislation that would block a lawmaker who was indicted from forming a government, a bill he said was not intended to target his former mentor.

Netanyahu is not expected to resign after the budget defeat, even when some allies lose patience with his departure from the government, including one who challenges him for the Likud leadership. Netanyahu is expected to win, but the challenge reveals cracks in his grip on the party.

If he does leave parliament unexpectedly, that’s probably what will finally bring down the coalition.

“The strongest glue that binds the coalition is the existence of Netanyahu,” said Avraham Diskin, a political analyst. “If Netanyahu resigns, then this is a serious chance for the coalition to fall.”