With seven points from the opening three, Maccabi Tel Aviv arrived at Bloomfield Stadium ahead of the conference league game against HJK Helsinki. The 5-0 victory over HJK under heavy rain in Helsinki last month, kept Maccabi at the top of Group 1 and level on points with the Austrian team LASK. HJK has since been crowned Finnish champions while Maccabi parted ways with Patrick Van Lyon and was appointed head of the football department, Barak Yitzhaki, as interim coach. While the search for a permanent continues, Yitzhaki, who led the team to a 3-1 league victory away to Kiryat Shmona, made a number of changes to the starting lineup.

The defense remained unchanged as Andre Geralds and Enrique Saborit were the two defenders on the right and left respectively, while Shahar Phiben and Luis Hernandez lined up against Daniel Peretz. Sharan Yeni who completed his suspension for one game, returned to the heart of the midfield and led the team wearing the captain’s armband in his 500th appearance at the club. Dan Glazer sided with Yeni in the machine room in the center of the field while Gabi Kanichovsky was assigned to the offensive center. Tal Ben Haim returned to the starting line-up in one wing with Brandley Quass, who scored his first goal for Maccabi in Kiryat Shmona, with the support of Croatian striker Stipe Prika in advance.

Maccabi controlled the opening stages of the game and passed the ball around an attempt to break through HJK’s defense. Although she enjoyed most of the possession, it took Maccabi until the 15th minute to create the first opportunity for a goal that came from a corner. A short corner came to Enrique Saborit whose initial jab was blocked before the rebound fell to Luis Hernandez before his effort also brought to the corner. 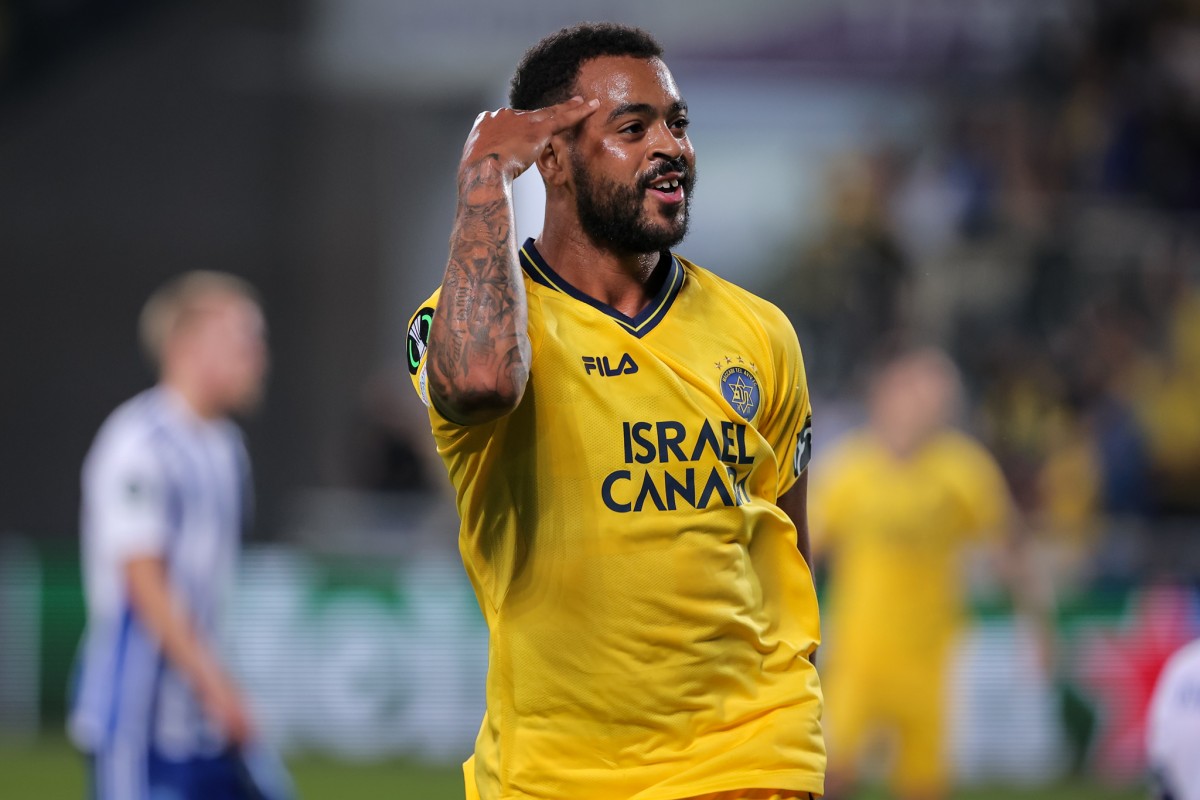 Maccabi increased the pressure when Dan Glazer and Sharan Yeni blocked HJK’s crossing attempts and Tal Ben Ben Haim, who tormented the Finnish defense on the left wing. After that, Maccabi won a corner series that did not end in an attempt to score, but in the 22nd minute the dead end was finally broken when Brandy Koas and Gabi Knichowski switched beyond just the Curaçao team to beat Hugo Keto with an accurate low. A trip from the edge of the area that put Maccabi in front. Two minutes later, Yeni managed to block a shot by Lucas Lingman that rolled into a HJK corner that Maccabi managed to keep out.

Miro Tanhu was the first player to enter the book of Slovenian referee Rada Obernevic when HJK’s high defender tripped Kwas who rushed forward through the middle in the 29th minute. Kawas twisted himself and distorted the bitter free kick, forcing Keto to push the ball out to the corner at the end of the hour. 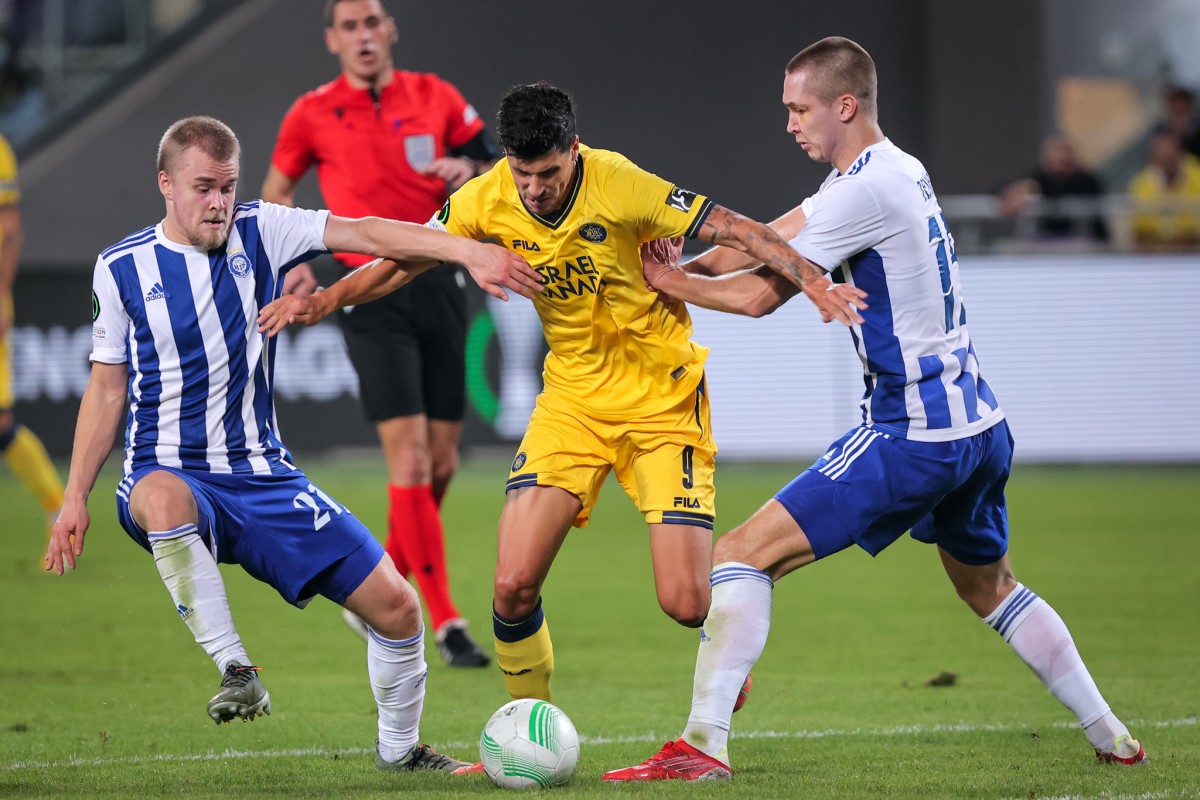 With the HJK sitting back, Glazer tried to threaten from long range, but his effort at 41 sailed high above the crossbar.

Two minutes later, Knichowski released Enrique Saborit on the left wing before the Spaniard sent a square ball into the path of Yeni, whose attempt to hit found no Maccabi player. Oberenevich’s half whistle sent the two sets of players to the locker rooms for some getting ready for the second half.

With no changes after the break, the second half began in the first place that was stopped when Ben Haim looked dangerous. The winger tried his luck with a right-footed curler in the 50th minute who was sent off to the corner. 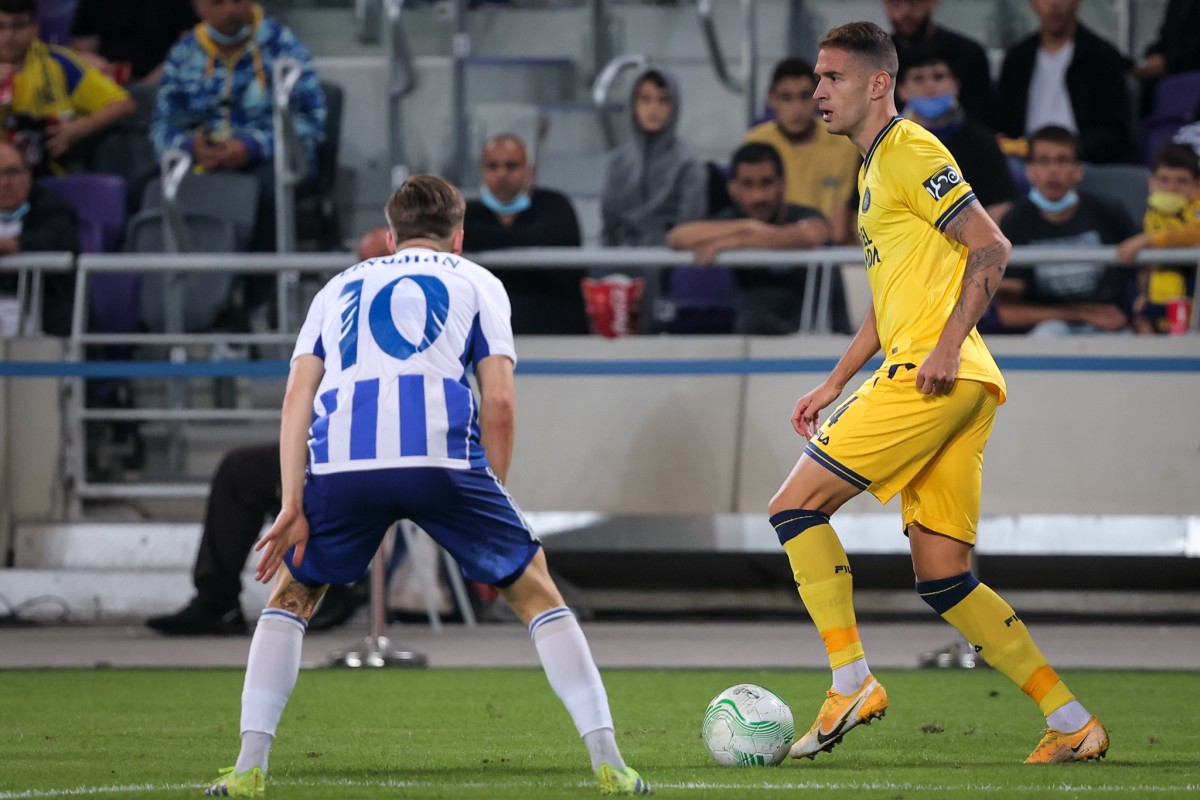 Yitzhaki made his first substitution in the 57th minute when Ayalon Almog, who finished his dismissal in the league with the four games, came in for Ben Haim.

HJK captain Daniel Oshonsi attempted a powerful left-foot effort equalized by Daniel Peretz in what appeared to be his first Test on 61. A minute later at the opposite end Almog burst onto the field and tried to surround the goalkeeper. But collided with Kato as the ball was deflected off the line. Although Maccabi managed to double the result in 65 when Kwas and Fritza released an explosive attack, but when the square ball was directed to Almog, HJK’s Lingman slipped in but rolled the ball into his net and made it 2-0.

Koas came close to increasing Maccabi’s advantage and scoring his second of the night, but after exchanging dedication with Geralds he put the ball in the box on 68. Yitzhaki made his last two changes in the 77th minute, when Ido Shachar replaced Glazer and Matan Hozes came in. To Kwas. .

While Maccabi fans sang ahead of the Tel Aviv derby on Sunday, Aikam from a distance made a perfect left-footed shot that did not give the goalkeeper a chance and sealed the victory with a 3-0 result.