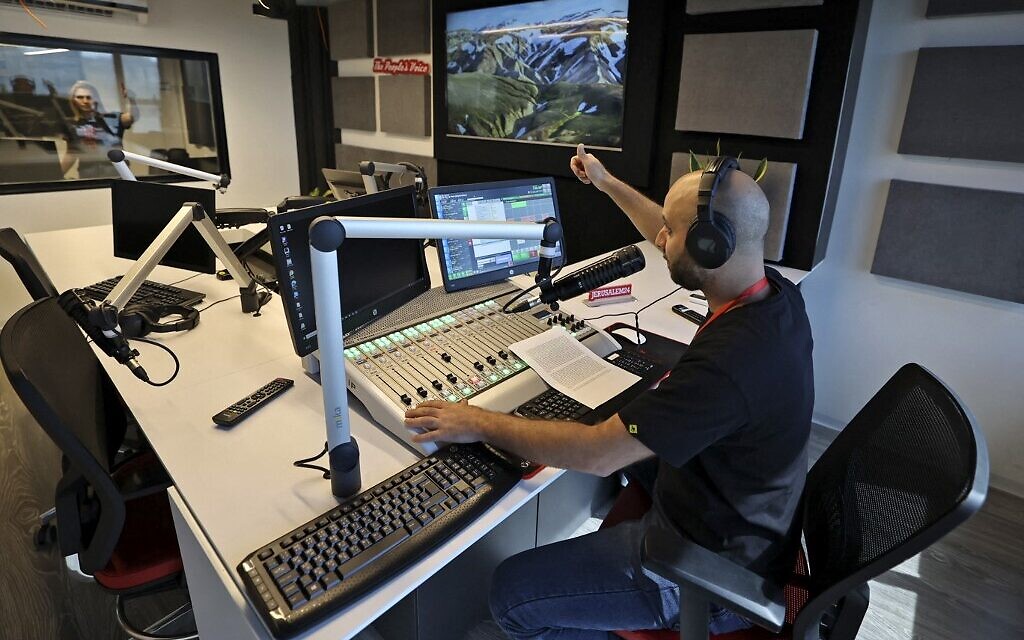 AFP – From a bright and modern studio, the recently launched Jerusalem 24 offers an extraordinary broadcast for the Palestinian media: it provides the news in Hebrew, hoping to reach an Israeli audience.

“The Israeli public listens to the media that speaks to it, but it does not listen to the other side,” said Rima Mustafa, a news presenter at a station in Ramallah.

Jerusalem 24 was launched in September with a mandate to cover the Israeli-Palestinian conflict, and especially its impact on Palestinian life.

Despite the massive international diplomatic and media attention traditionally devoted to the conflict, the editor-in-chief of Jerusalem 24 argues that the daily hardships of the Palestinians have remained covered, especially locally.

“We want to fill the gap by covering what is happening in Jerusalem and in marginal areas,” Mai Abu Assab told AFP. In Jerusalem “there is ethnic cleansing and forced deportation [of Palestinians from their homes] But the world is listening, “she argued.

Jerusalem 24, which broadcasts on 106.1 FM and has a website in English only, is not the first Palestinian radio station to broadcast in Hebrew.

Editor-in-Chief Mai Abu Assab is photographed during an interview on the new Jerusalem 24 radio station in Ramallah on October 7, 2021. (Abbas Momani / AFP)

Radio Hona al-Quds, launched in the mid-1930s in Palestine under the British Mandate, also sought to serve the Jews through news broadcasts in Hebrew and English, in addition to Arabic. But since its closure following the establishment of Israel in 1948, non-Arabic-speaking Israelis have had limited options to receive news directly from their Palestinian neighbors.

“Israelis do not know about Palestinian society. Even I do not know much. There is a huge gap between what we think we know and what is presented,” he said.

Despite decades of conflict and sharpness, Haliva has highlighted common challenges faced by Israelis and Palestinians, such as the lack of affordable housing and difficulties in obtaining building permits.

The coach said he was impressed by the “professionalism” of the Palestinian channel’s broadcasts in Hebrew, but would like to hear the Palestinians more clearly reject violence. And he said he was shrinking from the term “occupied” in reference to the West Bank or East Jerusalem.

In line with its mandate to share Palestinian perspectives with the Israeli public, Jerusalem 24 criticizes both Israel and the Palestinian Authority, which according to opinion polls suffers from record low approval rates in the West Bank. 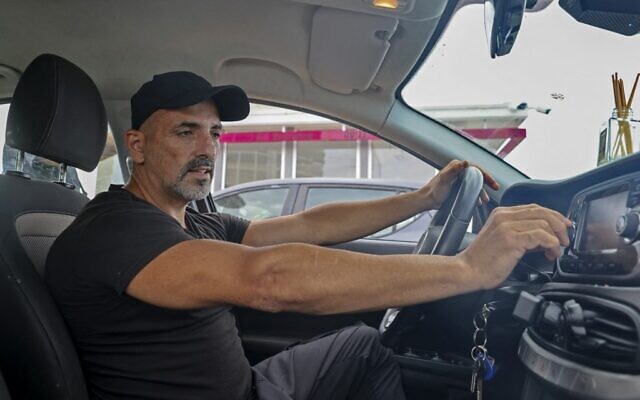 David Haliva, an Israeli personal trainer, regularly directs to the Jerusalem Radio 24 station, which is the only Palestinian media outlet to offer news in Hebrew, in Tel Aviv on October 20, 2021. (Ahmad Arabali / AFP)

“We criticize the Palestinian Authority and Israel but do it in a professional manner,” said Muhammad Hamail, a senior journalist on the radio.

Assab, the editor-in-chief, said the idea to launch Jerusalem 24 began in 2015, when Jerusalem saw a series of “lone wolf” attacks carried out by Palestinians armed with knives and occasionally with pistols aimed at Jewish Israelis.

But with only six full-time journalists and hours of full-time airtime, Jerusalem 24 relies on long sections of musical programming, which also attracts Haliva in Tel Aviv.

“I love the musical variety,” he said, tapping his finger on the steering wheel as he listened to a song by British star Doa Lipa.