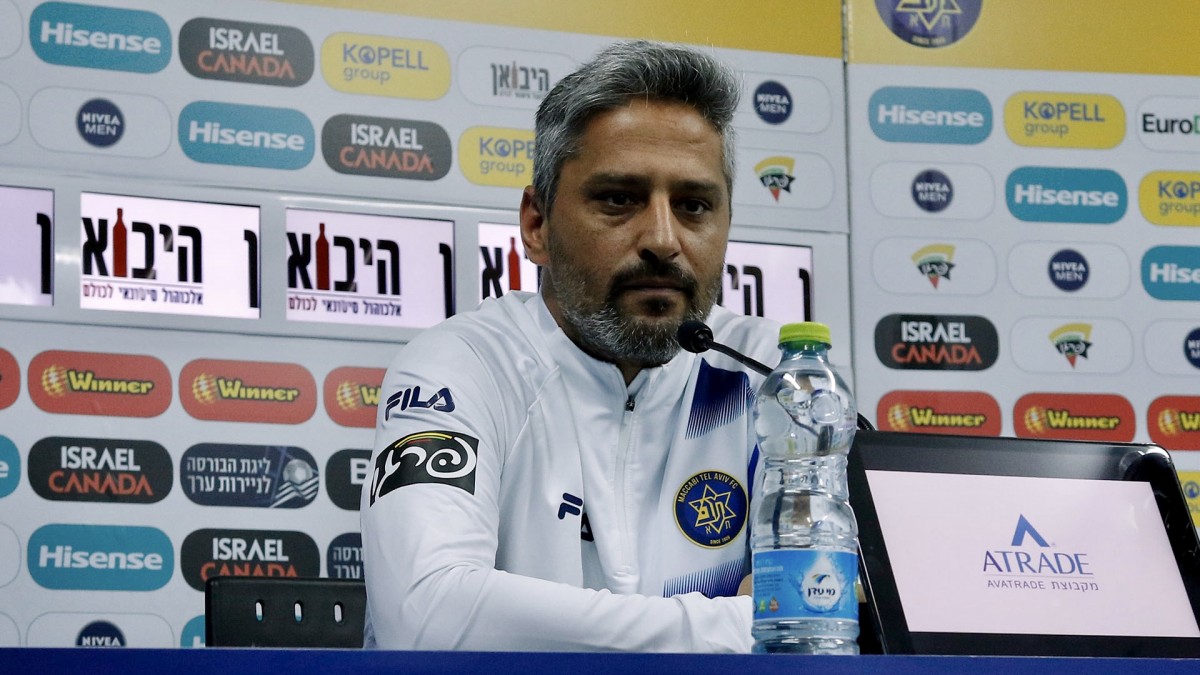 About his personal feelings about getting to the derby as a coach, Yitzhaki He said: “It’s a good feeling. Derby is always an interesting and important game for Israeli football in general, but we prepare like us for every game.”

The 37-year-old head of the football department, who will coach the team for the third time as interim coach, added: “Over the last few games I have also coached the team in front of experienced coaches. But the derby has its own rules and he will have to prepare best to get ready for the game.”

On the current record without a loss against Hapoel: “Hapoel is a good side and this is something she showed from the beginning of the season when she enjoyed a good start to the campaign. Yes, they are above us in the table and we respect every opponent we play including Hapoel Tel Aviv but position in the table is not something that should affect. We are determined and we will see our ability on the field. “

Yitzhaki, coached Maccabi as a temporary coach for two victories in the last two games, over Kiryat Shmona in the league (3-1) and HJK Hexinki in the conference league, Talked about changing the momentum of the team: “The most important thing, as I said before, was to restore the player’s confidence. There are very good players here, our position in the table does not reflect the ability these players have. We did not have a good start, but now is the time to fix things. In our previous two games “I was happy with some of the things we did and there were other things I was less happy with. We don’t have too much time between games, but my team and I try to prepare the players and correct the mistakes we made in our previous games.”

About how he feels as a temporary coach, Yitzhaki said: “It’s a new role for me, but I’m gradually adapting. It’s something else, team meetings are something new for me, training on the pitch is something new for me – but I’m the pro-license course we do very helpful, but we have a very important adjustment As the focus should be more on the game and not on me. “

When asked if he receives advice from other people, Yitzhaki added: “In general, I am a person who likes to hear many opinions. I talk to people who are connected to football in Israel and abroad. I kept in touch with coaches who have worked here in the past and their staff. “Eighty percent of the day I talk about football.”