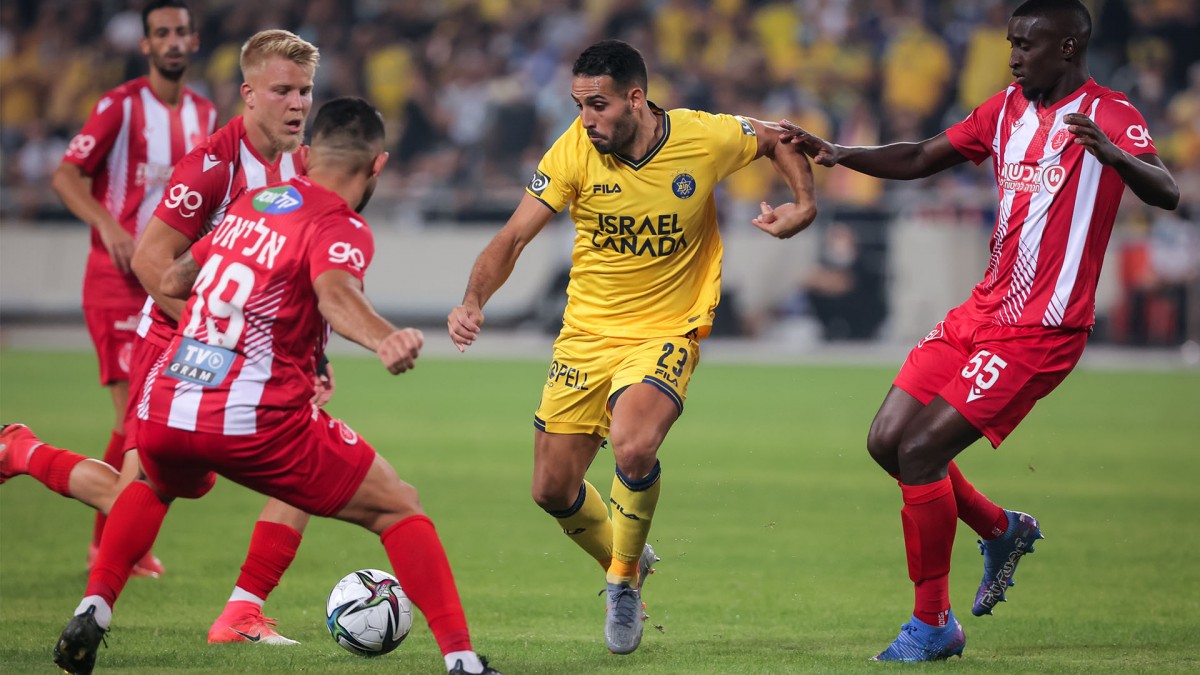 Maccabi arrived at Bloomfield Stadium for the Tel Aviv derby against the background of two consecutive victories over Urbani Kiryat Shmona (3-1) in the league and HJK Helsinki (3-0) in the conference league.

Maccabi also aspired to be based on these victories and to record for the first time this season a second consecutive league victory that will improve its position in the table. Much more than local bragging rights were at stake, as Maccabi intended to extend the run without a loss in a derby that stretched to 14 amazing games.
Interim coach Barak Yitzhaki made only one change from the team that defeated Helsinki in the Conference League on Thursday, when Eyal Golsa replaced Tal Ben Haim in the starting lineup.

The defense remained unchanged as Luis Hernandez and Shahar Phiben were the two center-backs right in front of goalkeeper Daniel Peretz while Andre Geralds and Enrique Saborit completed the back four on the right and left respectively. Dan Glazer was the anchor in midfield while Sharan Yeni was assigned to a more defensive role as Eyal Golsa completed the contact trio. Gabi Knichowski got a slightly more central role with Brandly Koas scoring goals against Kiryat Shmona and HJK retained his place in support of Croatian striker Stipe Frika.
Shortly before the opening, Sharan Yeni who made his 500th appearance for the club against HJK on Thursday was given a framed shirt with the number 500 to honor his impressive milestone. 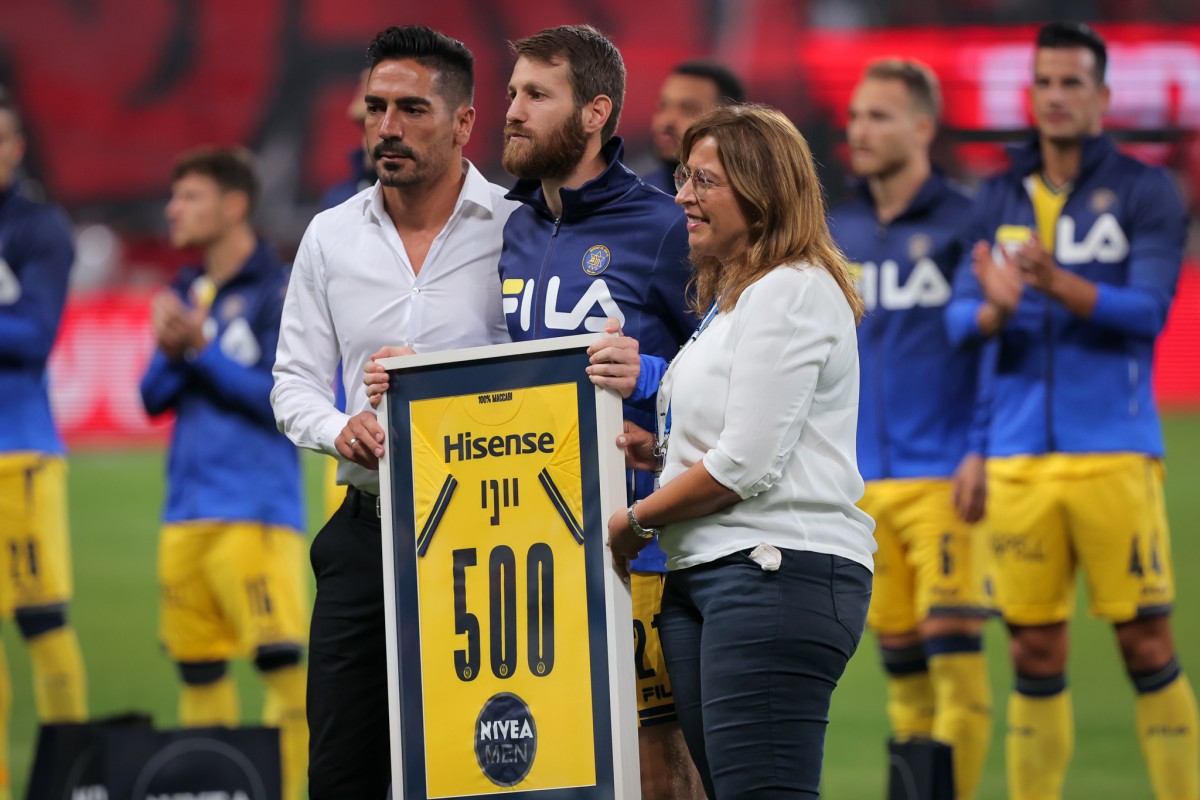 Bloomfield Stadium was crowded for the second time this season as the electric atmosphere spilled onto the pitch as a barrage of flares thrown onto the pitch from the visitors ends shortly after the kick, causing a delay. When the smoke cleared, Maccabi appeared when they played with three key defenders, as Sharan Yeni joined Luis Hernandez and Shachar Phiben with Enrique Saborit and Andre Geralds pushing forward as two back-wingers. But within a minute Hapoel was in front when Dan Einbinder found a gap and sent Osher Davida behind Maccabi’s defensive line before shooting a low drive over Daniel Peretz.

It took Maccabi until the 27th minute to create the first serious threat on goal, when a free kick by Brandy Quass near the corner flag fell on Hernandez whose shot on goal forced Ernestas Stakos to push the ball over his crossbar. Three minutes later, Kwas’ point-wide ball into the box saw Stipe break-in rising above the Hapoel defense and sending a goal ball that forced Stakus to hit the ball and clear the danger. 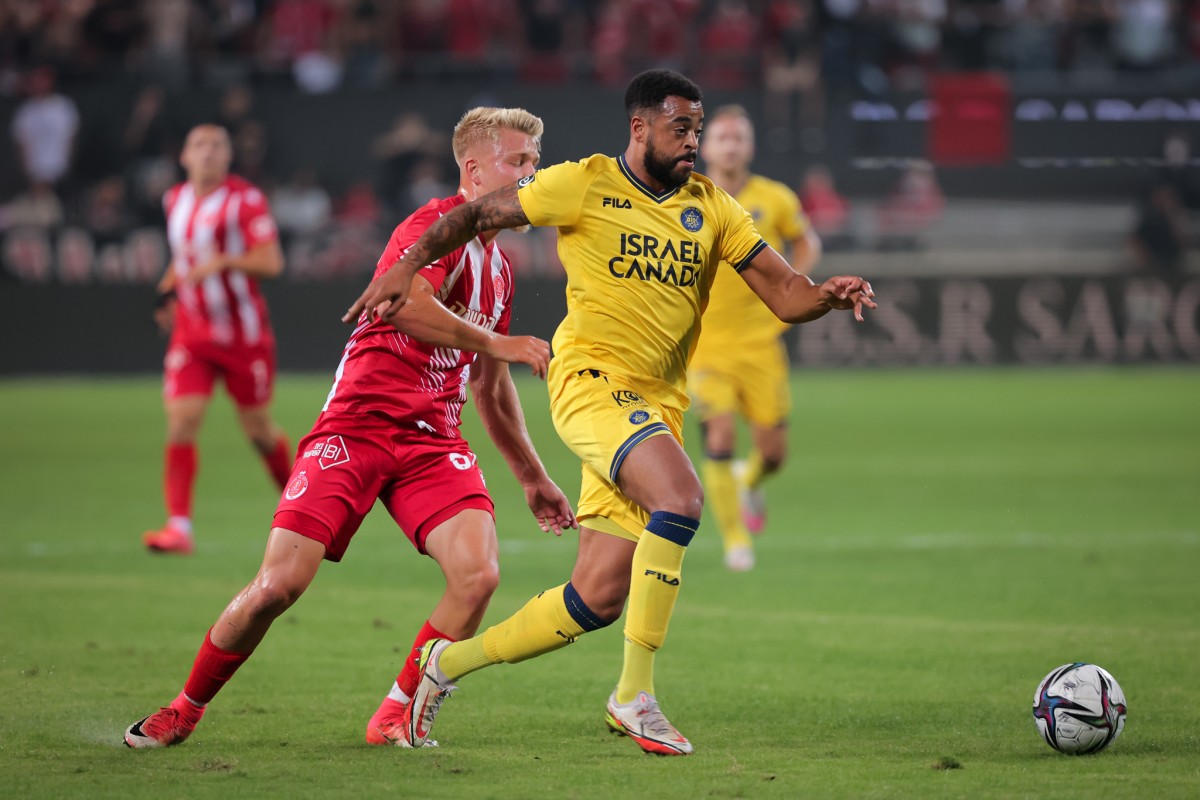 Due to the long delay caused by the pyrotechnics earlier, Reinschreiber noted eight minutes of extra time for the first half. A breakaway probably thought he scored when he rose high to meet another accurate wide ball from Kuwas and his head towards the goal, but again Stakos saved Hapoel with a final save.

No changes after the break Maccabi started the second half where it stopped when a break-in continued to look dangerous in the crosses. In the 48th minute, a free kick by Gabi Knichowski led by a break-in, but the ball hit the base of the post and rolled on Stakus’ goal.

Hapoel reduced it to 10 players right at the end of the hour, when Muhammad Klil Traore was sent off for a second foul with an invitation that lifted his leg and hit Knichowski. 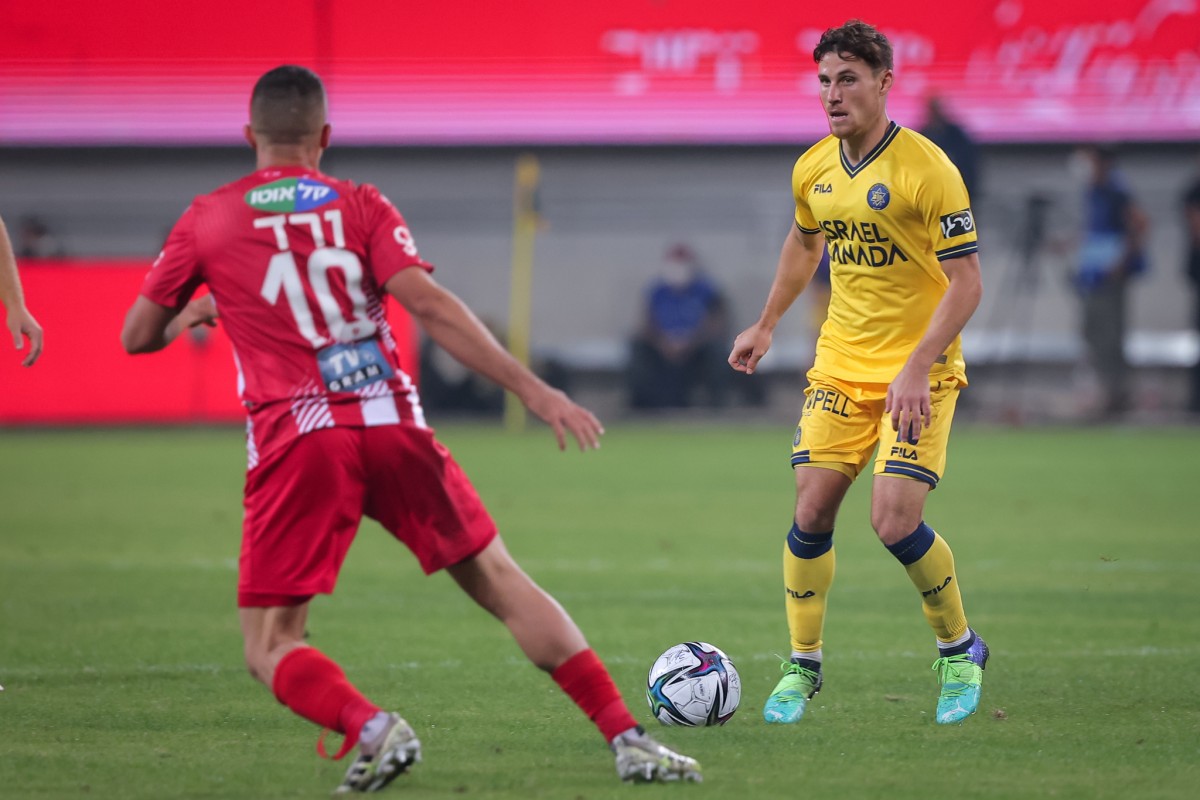 Maccabi came within touching distance of the equalizer when Seborit sent a wide ball, saying that he escaped Hapoel’s defense only that Kwas slipped in but missed the ball that rolled into the box. Barak Yitzhaki responded immediately when he made his first change when Matan Hozes replaced Shahar Phiben to return to a four-point defensive line.

Maccabi finally managed to equalize the result in the 75th minute when Keren Kanichovsky fell to Kwas, whose half of the volley managed to pass over the entire defense of Hapoel and also on Stakos to 1: 1. In the 78th minute Knichowski sent a powerful drive from an extension that made its way to the top corner before Stacos made another incredible save. Yitzhaki made a double change in 79 when Dan Bitton replaced the industrious Golsa while Ofir Davidzada entered the Saburit.

When the fourth referee added four minutes Yitzhaki made his final substitution as Eduardo Guerrero replaced the discharge to the final stage. But despite all the efforts, Maccabi could not find a breakthrough.