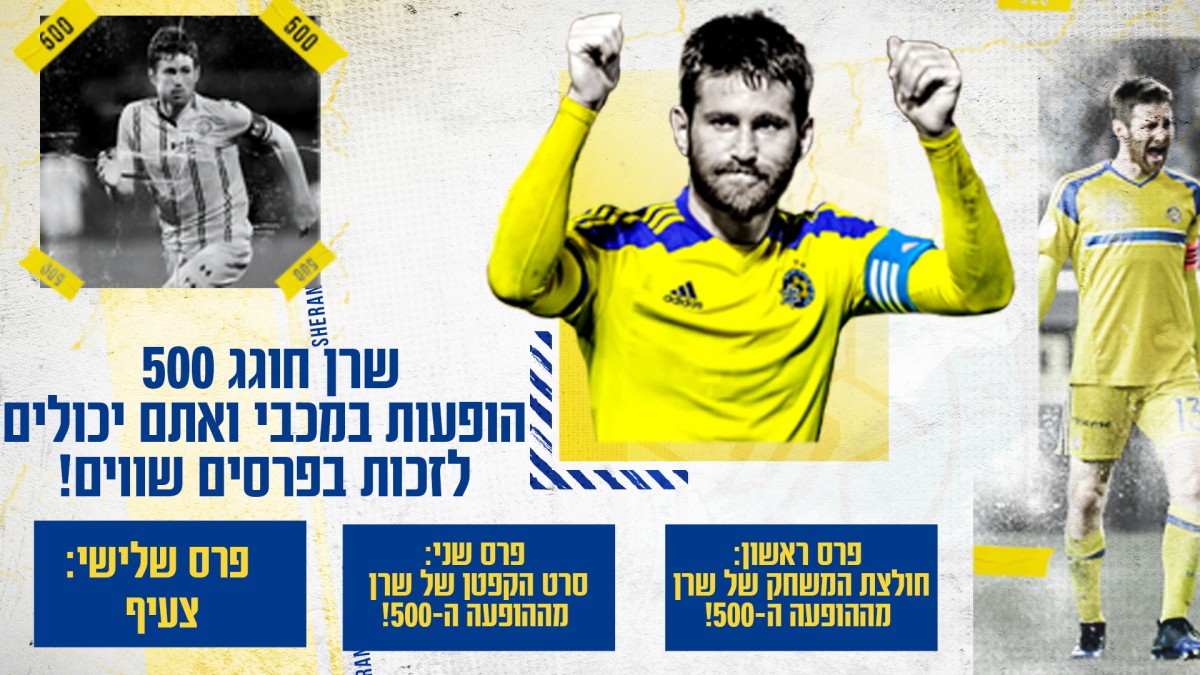 Yeini’s shirt from his 500th appearance can be yours

Not every day Maccabi players reach 500 performances at the club – and not every day we have such crazy prizes to give. You’re probably heard that Sharan Yeni made his 500God’ Recent club appearance – as now maybe you too are celebrating.

To honor the captain’s extraordinary milestone we invite you to participate in the ‘Play and Win’ competition.

The game is waiting for you here in this article

Fill in your details

Did not win any of the top 3 awards? No matter, you still deserve a benefit – buy an official Maccabi T-shirt at the online store or the flag in Bloomfield and the cost of printing the name and T-shirt number of Yeni – on us! (Please note: at the end of the game you should receive a coupon code that must be sent on the purchase page that exists in the store).

prepared? go for it !